Works by Alina Glazoun will be presented at the "Summer Collection" exhibition in MOMMA. The artist created the ironic and slightly daring banners in 2019 for the project "Little Bird Sings About Love and Death", initiated by MYTH Gallery and the Master's bookstore at the Passage, St. Petersburg. Subsequently, Alina Glazun's works were donated to the Moscow Museum of Modern Art and entered into its fund.

From the official press release:

The Moscow Museum of Modern Art presents its latest, tenth thematic collection exhibition, which is focusing this time on new acquisitions and gifts. Works by fourteen Russian artists of different generations have been selected for the show, all of which had entered the museum’s holdings in recent years — primarily large-scale installations like Alexander Ponomarev's «Speech (Conversation with Rain)» in the museum courtyard, Vladislav Efimov’s «The Wildlife Corner», Taus Makhacheva’s «Tightrope» or Anna Rotaenko’s «Ringtone», and series — for example, Igor Shelkovsky’s «Mechanical Drawing» and Sergey Sapozhnikov’s «Dance».

Created in the period from the late 2000s up to 2020, which is already being perceived from a historical distance — all works have been exhibited not only in Moscow (including solo shows at MMOMA), but also in Venice, Saint Petersburg, Nizhny Novgorod, Vladivostok, and other cities. Now a part of the museum’s collection, they «settle into» the space, yet unfamiliar to them, of the house on Petrovka street. Each project is «reconstructed» in dialogue with its author and freely located in a separate hall, a comfort zone of representation, following a monographic principle.

The exhibition’s title, intentionally simple and lightsome, refers to the images, moods and sensations habitually associated with the summer season — as much longed for as brief in this part of the world. It ironically echoes the branding cliches of the global consumerist utopia and presupposes, at the same time, the full range of conditions that one actually experiences in the summer: from euphoria and careless joie de vivre to the distinctive melancholy — that very «summertime sadness» sung about by Lana Del Rey on her Californian albums.

Our «Summer Collection» is a colorful string of artistic projects produced in very different media and completely independent from each other originally. Their authors, in a personal way reflecting on our uncertain times — our reality where the borders between the natural and cultural, the social and private, the biological and political, the human and technogenic shift radically, — tell us about what is interesting and important to them. We, meanwhile, offer to take a free stroll in the spaciously arranged museum halls, as though gently telling beads — to readjust attention and, surrendering to the fleeting current of being, have fun and be sad for a while, all in its turn.

Each project at the exhibition is accompanied by information on provenance and museum records, presenting the results of conservation and research work, as well as by a voice commentary from the artist — a story about the work itself, its meanings, and features of display. Produced especially for the exhibition by Julia Ovchinnikova, the latter materials will be added to the Media Archive of the MMOMA Education Center.

A special feature of the exhibition, its meta-statement in a way, is the new project by Ekaterina Anokhoina — a series of small-format instant photographs, forming an intimate gallery of «cloud portraits» of contemporary artists and curators. Shot directly in the museum and by chance in studios and other locations, they offer a special — confiding and emphatic — glance on the participants of the «Summer Collection» (and not only), as well as on the existing professional and friendly connections inside arts community. The project is conceived as open and ongoing: launching with a handful of characters, the gallery will gradually expand while the exhibition is running, until late September. 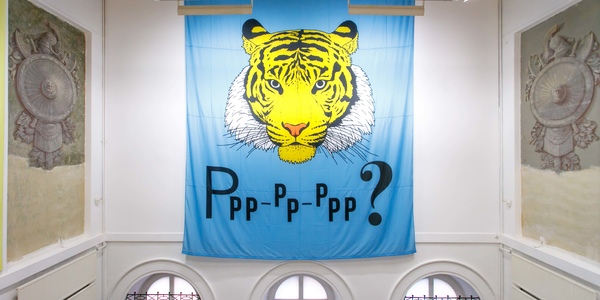 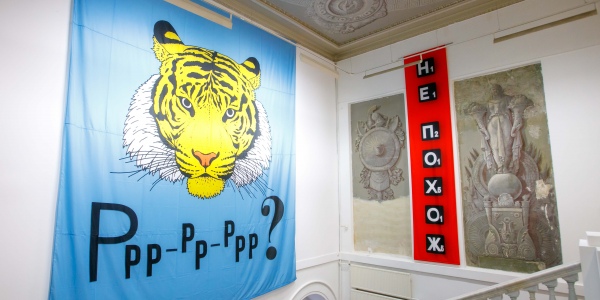 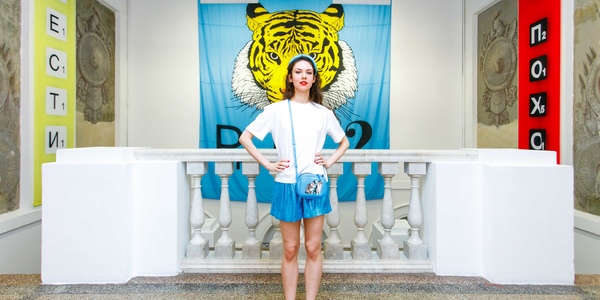