On February 11, the opening of new exhibition projects by Nikita Seleznev and Vadim Mikhailov took place at Richter, continuing the series of joint projects between MYTH Gallery and Richter.

Vadim Mikhailov presented the project "Tyranosaurus Sanctus", including works created as a result of the creative residence at the Richter Workshops, as well as recent objects (2020). The new five-meter work is inspired by the events of recent months. It brings together the characters of Russian luboks, a dinosaur, and bats. In his latest works executed in the characteristic sgraffito technique, Vadim Mikhailov uses the found objects as a basis, supplementing them with small toys, clay figurines, and tree roots from the banks of the Smolenka river.

The project "In the Valley" by Nikita Seleznev was built in a dialogue with the architect Grigory Baluev especially for "Richter". The installation includes objects made of concrete and biodegradable plastic (3d printing), screens with 3d renders and graphics. The concept that became the basis for this project is the Uncanny valley. The Uncanny valley effect is a phenomenon based on a hypothesis formulated by Japanese robotics scientist and engineer Masahiro Mori. It implies that a robot or other object that looks or acts roughly like a human causes dislike and disgust in human observers.

The artist's works will be presented in the public spaces of Richter - in the library, at the reception and stairscases, in the "secret" room, as well as in the courtyard. The exhibition will run until March 5.

The project was prepared by MYTH Gallery especially for Richter. 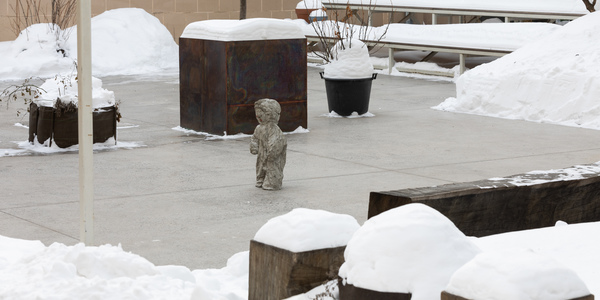 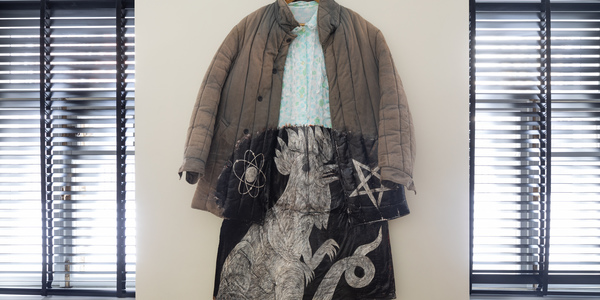 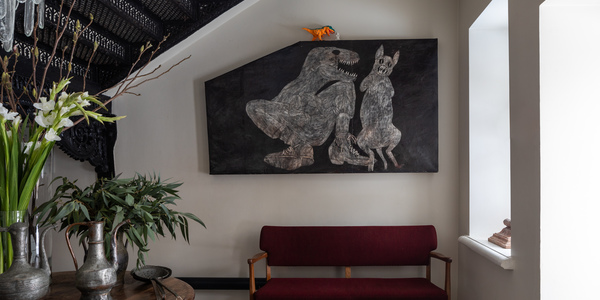