Three of our artists are participating in the project about the apocalypse in the Triumph Gallery. The exhibition "Apoc. End of the world every day" unites 40 artists who reflect on the future and record evidence of disasters, demonstrate different scenarios of the end of the world and share revelations
⠀

Fifteen-meter (!) Vadim Mikhailov's work "The Big Exodus" (2021) is dedicated not to a specific exodus from one place to another - but to moving from nowhere to nowhere. Demonic creatures, skeletons, menacing plants, animals and a single seraphim are already familiar from artist's previous works.⠀

Liza Bobkova's objects from the series "Toys of the Underground Children" (2022) are casted from found shot brass casings and a pick, a hammer, a cutting disc and machine parts. These golden mini-monuments melted down from their huge aggressive industry. Of course, it would've been better if the sound of the shot had not happened, aggression had not happened, and traumatic memories wouldn't have had to be melted down.

Paintings by Egor Fedorychev from "Mute blaze" project (2021) are about the problems of the national idea, identity and the place of man in history. Abstract painting covers the reproductions of Russian landscapes of the second half of the XIX century. An appeal to Russian philosophy, the concept of national ideology and its extremes are intertwined in this series. 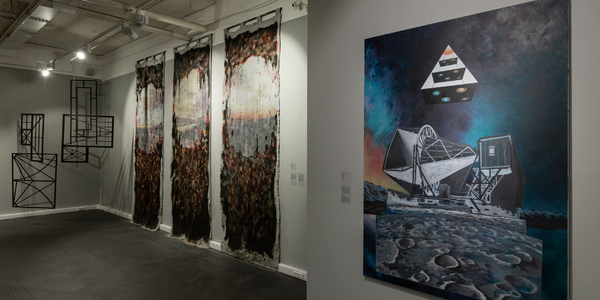 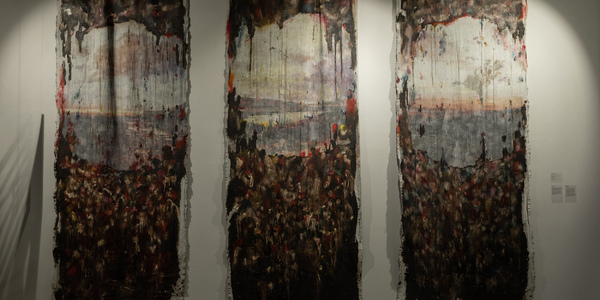 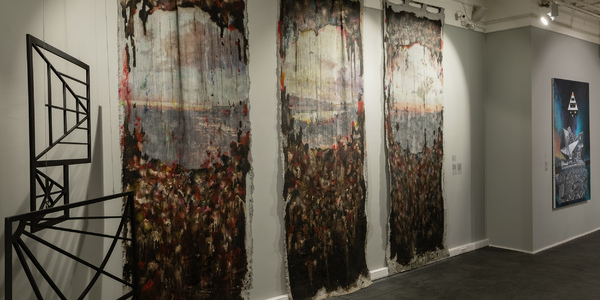 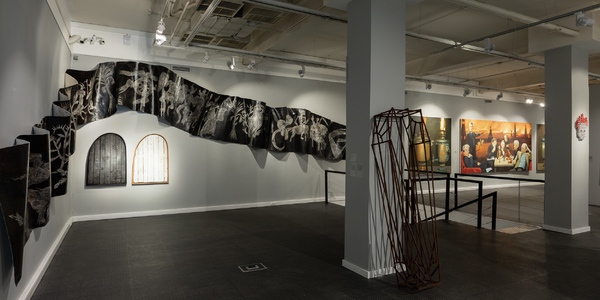 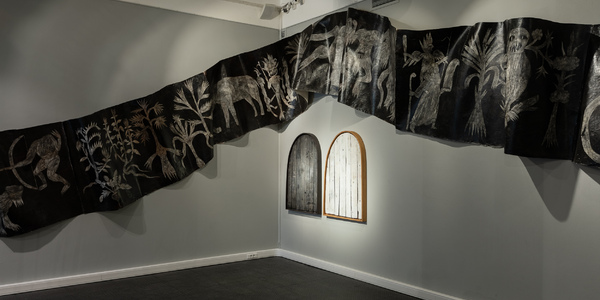 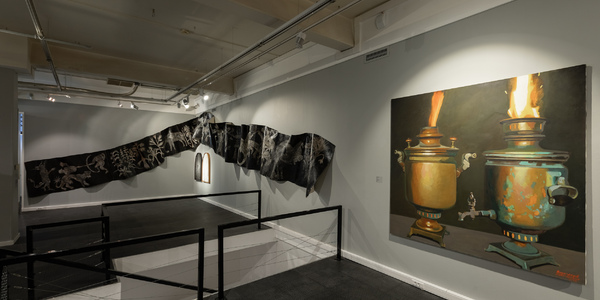 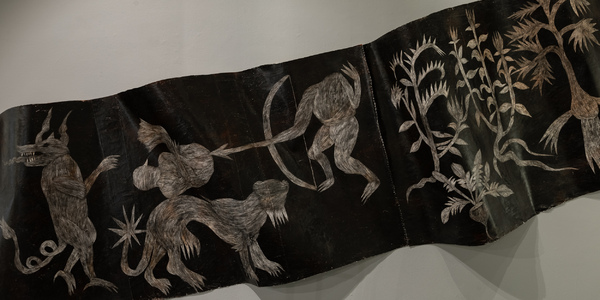 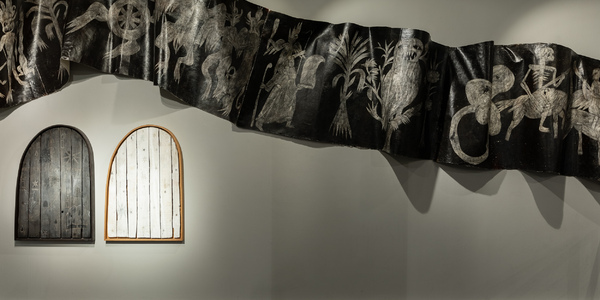 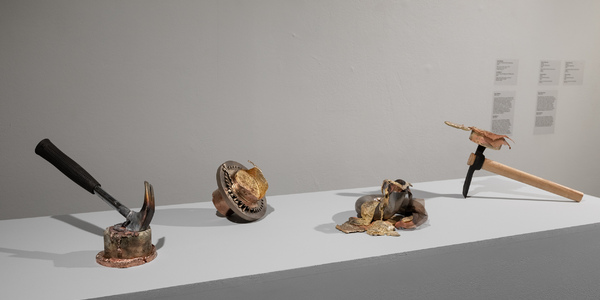